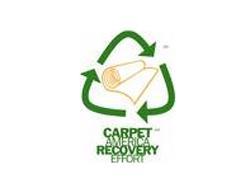 The California Carpet Stewardship Advisory Committee submitted seven recommendations on the draft Plan to CalRecycle following an all-day meeting on July 17. This feedback and additional detail was incorporated into the Plan as approved by the Sustainable Planning Committee of CARE. The Plan and CARE's response to CalRecycle's findings are on the CalRecycle website. Submit written comments via email to the CalRecycle Carpet Team at carpet@calrecycle.ca.gov.CalRecycle will announce its recommendation on the Plan's approval at the public meeting on October 16.

CalRecycle determined that further grant funds, that were to be approved for release in May, cannot be distributed until after Plan approval. All other CARE programs (subsidies, technical assistance, etc.) are continuing as normal.

On August 15, CalRecycle issued an accusation claiming that CARE has not met its recycling goals for 2016 as set forth in its Carpet Stewardship Plan. The Department is seeking a penalty of $5,000 a day for 366 days, totaling $1.83 million. CARE has 15 days to respond.

CARE Executive Director Bob Peoples noted, "We are focused on reaching a 24% recycling rate by the end of next year, and we fully expect to meet or exceed this goal. At the same time, we have submitted a very compelling Plan to CalRecycle."