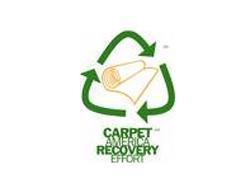 Sacramento, CA, March 31, 2021–The Carpet America Recovery Effort (CARE) has agreed to pay the state of California $1.175 millions in penalties for failing to meet recycling and landfill diversion goals under California’s Carpet Product Stewardship Law from 2013 through 2016.

CARE in a non-profit organization dedicated to minimizing the amount of carpet that ends up in landfills. Any dollars diverted from that mission to pay fines could dilute the organization's effectiveness.

CalRecycle launched an initial enforcement action against CARE in March of 2017, citing the group’s repeated failure to demonstrate continuous meaningful improvement in carpet recycling rates and other program goals.

Following subsequent enforcement hearings, CalRecycle adopted the findings of an administrative law judge and imposed an $821,250 penalty against CARE for noncompliance in 2013 through 2015. The penalty was later affirmed by Sacramento County Superior Court and the California Third District Court of Appeal. CalRecycle issued an additional $274,500 administrative penalty against CARE for noncompliance in 2016 following guidance from the Sacramento Superior Court and consistent with the decision from the Sacramento Office of Administrative Hearings.

As part of a settlement agreement, CARE will pay the administrative penalties, with a slight reduction in interest to CalRecycle by June 15, 2021. CARE also agreed to dismissals with prejudice, which equates to no further legal challenges on these matters.