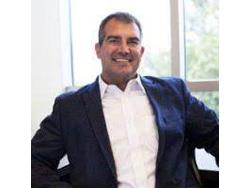 Pawson follows CEO Charles Monroe, who will retire after serving 41 years as CMC’s co-founder and CEO but will remain actively involved as co-chairman of the board. Through the leadership of co-founders Lewis Card, Jr. and Charles Monroe, CMC has become a leading manufacturer of custom-built tufting equipment.

In his new role as chief executive officer, Pawson will lead CMC’s strategic short and long-term business initiatives, while protecting CMC’s corporate values and mission. He will build upon CMC’s long-standing business relationships while emphasizing innovation, service, and integrity; all of which have been the binding forces of the Company for nearly half a century.

Previously, Pawson was with Signal Energy of Chattanooga for thirteen years in a wide array of roles, most recently as CEO and president. He managed multimillion dollar projects in sales, engineering, procurement, and contracting business units. Prior to joining Signal Energy, Pawson served ten years in the U.S. Marine Corps, and was promoted to captain. As a CH-46E helicopter pilot, he earned, “Marine Aviator of the Year” in 2005 following his two combat deployments to Iraq. He is a graduate of the U.S. Naval Academy.

Brad Card will continue to serve in his role as CMC’s President.