Buffett Praises Shaw's Acquisition of USF in Letter of Shareholders 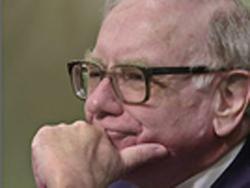 In the letter, Buffett explains that Berkshire made fewer acquisitions in 2017 because the market is currently overpriced but included the following about Shaw’s purchase of U.S. Floors: “Near the end of 2016, Shaw Industries, our floor coverings business, acquired U.S. Floors (“USF”), a rapidly growing distributor of luxury vinyl tile. USF’s managers, Piet Dossche and Philippe Erramuzpe, came out of the gate fast, delivering a 40% increase in sales in 2017, during which their operation was integrated with Shaw’s. It’s clear that we acquired both great human assets and business assets in making the USF purchase.

“Vance Bell, Shaw’s CEO, originated, negotiated and completed this acquisition, which increased Shaw’s sales to $5.7 billion in 2017 and its employment to 22,000. With the purchase of USF, Shaw has substantially strengthened its position as an important and durable source of earnings for Berkshire.”