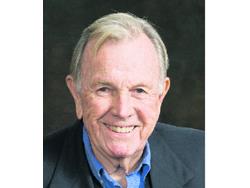 Rogers graduated as class valedictorian in Ocilla, Georgia in 1942. He enrolled at Georgia Tech where he played on the varsity basketball team, graduating in 1946 with a degree in Aeronautical Engineering and later earning a master of science in engineering from the school. He served in both World War II and the Korean Conflict.