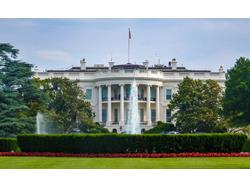 New York, NY, October 12, 2022-"The Biden administration introduced a new regulation Tuesday that would make it harder for employers to misclassify workers as ‘independent contractors’ to avoid minimum wage and overtime laws,” reports the Huffington Post.

“The proposal from the White House would replace an earlier, more business-friendly rule created by the Trump administration that set looser guidelines around who could be considered a contractor in the workplace. Labor Department officials said the previous administration’s rule increased the likelihood of workers being exploited.

“Employers often mislabel their workers as contractors in order to evade workplace laws or shift certain costs of employment onto workers. Gig companies like Uber and Lyft have been fighting misclassification lawsuits for years and have battled both state and federal officials over tighter regulations.

“The rule must undergo a public comment period before officials can finalize and implement it.

“The proposal essentially articulates how the Labor Department views the independent contractor issue. It pertains only to the Fair Labor Standards Act, the New Deal-era law that created a federal minimum wage and ensured workers receive premium pay for working extra hours. It would not apply to other federal workplace laws or make it easier for workers labeled contractors to form unions.”