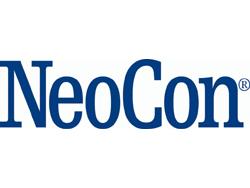 Chicago, IL, August 25, 2021-NeoCon has announced the 2021 Best of NeoCon jury. After a nomination process, a group of interior designers, architects, facility managers, procurement professionals, design consultants, and enterprise clients has been selected to judge the competition.

Winners will be announced on-site at a live special awards ceremony on the first day of NeoCon, October 4, at TheMart. The event will also be live streamed online.

New this year, winners will receive a physical Best of NeoCon Award. The translucent blue sculptural object was conceived by award-winning design firm and NeoCon partner Maiarelli Studio and produced by the material specialists at NeoCon exhibitor 3form.

Best of Neocon was started by Contract magazine, which closed its doors last year. TheMart has taken ownership of the award brand, so this year's Best of Neocon will be the first under the new arrangement.

Submissions from now until September 2 will be $700, with a final round of submissions open through September 9 for $775.