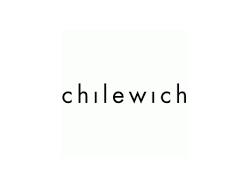 Founded in 2000 by designer and veteran entrepreneur Sandy Chilewich, Chilewich has grown from a pioneer of placemats to a global provider of textile products to the home furnishings, contract, hospitality, and transportation markets. Architect Joe Sultan joined the company as CEO in 2001. Partnering with Berkley Capital will help fuel Chilewich’s commitment to launch design-led innovations; inspire consumers and designers to choose beautiful, durable, made-to-last products through best-in-class brand marketing; and expand the company’s national and global reach.

Berkley Capital has become the majority owner of Chilewich, and Sandy Chilewich and Joe Sultan have retained minority ownership as they continue on with the company in advisory roles across design, research, development, and manufacturing.

John Edelman, former CEO of Design Within Reach, will join the board of Chilewich, which will include Berkley Capital president, Frank Medici, and managing director, Thomas Ghegan, along with Sandy Chilewich and Joe Sultan.

Chilewich will continue to be headquartered in New York City, where it also operates two retail stores, and maintain operations at its 127,500-square-foot manufacturing facility and warehouse in Chatsworth, Georgia.