Bentley Adds Ledoux and Giamichael to Its Team 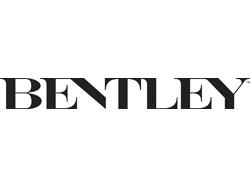 Ledoux is co-founder of Arch 180, a commercial flooring company representing manufactures on both distribution and regional/national territories. Prior to that, she served as vice president of corporate commercial strategy for NRF and director of strategic and national accounts for Starnet.

Giamichael was also a founding partner of Arch 180. Prior to that, he worked at NRF for 12 years, serving in various roles, culminating as director of commercial contract sales.