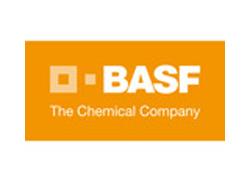 The first phase involving the construction of a new MDI synthesis unit has been in operation since October of last year. The second phase, which started up recently, expanded several existing upstream units and increased the overall MDI output of the Geismar complex by approximately one third. Engineering for the final phase of the MDI expansion is progressing on schedule. This final phase of the expansion project, which includes several new upstream units, is targeted to be complete by the middle of the decade, with resulting total MDI capacity of approximately 600,000 metric tons per year.