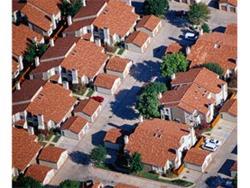 Washington, DC, March 18, 2022-The era of ultralow mortgage rates is over, reports the Wall Street Journal.

“The average rate for a 30-year fixed mortgage topped 4% for the first time since May 2019, Freddie Mac said Thursday. At the beginning of the year, the average rate on America’s most popular home loan was 3.22%. It hit a record low of 2.65% in January 2021 and spent more than half the year under 3%.

“Home-lending costs had been rising ahead of the Federal Reserve’s decision Wednesday to raise rates for the first time since 2018. And while the Fed’s quarter-point move didn’t affect Freddie Mac’s weekly average of 4.16%, recorded before the central bank’s announcement, it is likely to send rates even higher. Mortgage rates are closely tied to the yield on the ten-year U.S. Treasury, which tends to rise in tandem with the Fed’s benchmark rate.

“Banks borrow from each other at the Fed’s benchmark federal-funds rate, which in turn influences borrowing costs for all manner of consumer and corporate debt. Interest rates on credit cards and auto loans, among other things, will go up if the Fed raises rates another six times this year, as it signaled Wednesday.

“Rising borrowing costs pose another challenge for would-be homeowners already facing soaring home prices. An average rate around 4%, while still historically low, is sharply higher than the sub-3% rates that were available for much of last year. And the last time the 30-year mortgage rate topped 4%, the median home price was $277,000-26% lower than it is today.

“The monthly payment on a $375,000 home with an interest rate of 4% is $220 higher than the payment on a similarly priced home would have been in December 2020, when rates were near record lows, according to Realtor.com data. With a 20% down payment, that would add $79,200 to a 30-year mortgage. News Corp, owner of The Wall Street Journal, also operates Realtor.com under license from the National Association of Realtors.”