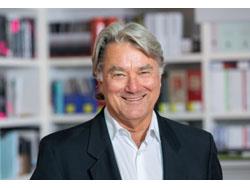 Washington, DC, June 19, 2020-The American Society of Interior Designers (ASID) has named designer Gary Wheeler, FASID, FIIDA as its interim chief executive officer. The appointment comes on the heels of the recent announcement that Randy Fiser, Hon. FASID will step down from his position as CEO at the end of July. Wheeler will lead the organization through the transition period until a permanent CEO is named.

Wheeler’s career has spanned more than 30 years in which he has led practices at Perkins&Will, Gensler, and, most recently, HDR. He has designed workplaces for companies such as Apple, Time Warner, American Express, and JP Morgan. He has been a member of ASID since he was a student. His many ASID accomplishments and milestones include being named the Designer of Distinction (1999), granted fellowship, serving as national president (1994), and much more.

He will begin the role of Interim CEO on June 15 to have overlap with Fiser as he ends his tenure. In addition to Wheeler’s appointment, ASID chief administrative officer Charles Jewett will shift to the role of chief operating officer to manage day-to-day staff operations. Jewett is a proven and effective leader who previously held management positions at multiple large corporations including Blackboard.

A search committee comprising ASID members, board members, and industry professionals has begun the process of identifying the permanent CEO. The committee will be chaired by ASID board member John Cialone, FASID.