Armstrong Requests Another Extension for Bankruptc

Lancaster, PA, Mar. 22--As Armstrong World Industries tries to emerge from bankruptcy, it wants to make sure there's still only one reorganization plan on the table -- its own, according to the Lancaster New Era. Armstrong this week returned to U.S. Bankruptcy Court to ask for a seventh extension of a prohibition barring the submission of any alternative plans by outsiders. Armstrong is seeking this latest extension because it's uncertain if or when a U.S. District Court judge will rule on its plan. Although a U.S. Bankruptcy Court judge recommended last November that Armstrong's plan be approved, by law several of the plan's key provisions require action by a U.S. District Court judge. But the judge handling the Armstrong matter, Alfred M. Wolin, has had his impartiality challenged in another case. Until that issue is resolved, the judge has said he will not decide if and when to take up the Armstrong case. A hearing on the judge's status is set for April 19. Armstrong's request for an extension of the so-called "exclusive period" would lengthen this time period by six months, to Oct. 4. Lancaster-based Armstrong, a maker of floors, ceilings and cabinets, filed its request Tuesday with the U.S. Bankruptcy Court. Extensions are granted routinely in large, complex cases, such as Armstrong's. Extensions are even more likely when the company is progressing through bankruptcy, as Armstrong is. Armstrong entered bankruptcy in December 2000 to resolve more than 170,000 asbestos-injury lawsuits. Its reorganization plan -- the blueprint for reshaping the company -- calls for the ownership of Armstrong to shift from its shareholders to its asbestos claimants and unsecured creditors. 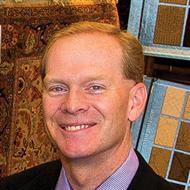