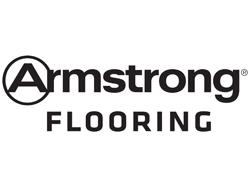 Lancaster, PA, December 3, 2020-On November 30, 2020, according to an 8-K filing, Armstrong Flooring reached a settlement in principle to fully resolve the securities class action suit, Chupa v. Armstrong Flooring, Inc. et al., Case No. 2-19-cv-09840, initially filed on November 15, 2019, pending against the company and certain of its former officers in the United States District Court for the Central District of California.

The agreement, which is subject to final documentation and court approval, provides in part for a settlement payment of $3.75 million in exchange for the dismissal and a release of all claims against the defendants in connection with the securities class action suit. The $3.75 million settlement payment will be paid by the company's insurance provider under its insurance policy.

Michel Vermette joined the company as president and CEO in September 2019, and the lawsuit's alleged claims occured before he joined the firm.