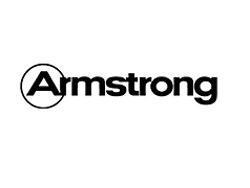 The company reports that, “The decrease in net sales was primarily due to lower volumes and unfavorable mix, partly offset by overall higher selling prices in response to inflationary pressure. Lower volumes in the first quarter of 2019 reflected overall soft end-market demand along with challenging weather condition in many regions of the U.S., particularly in our residential categories. In addition inventory levels decreased in the distributor channel, in part due to the timing of customer purchases in response to uncertainty in U.S. tariff policy since the second half of 2018.”

Simultaneously, the company announced that its board of directors and Donald R. Maier, president and chief executive officer, have mutually agreed that Maier would step down as CEO, effective immediately.

Armstrong Flooring chair Larry S. McWilliams has been elected chief executive officer on an interim basis. He will focus on the company’s near-term strategic priorities and facilitate Armstrong Flooring’s management transition while the company seeks a permanent CEO.