Aquafil Grew its Global and North American Revenues in 2018 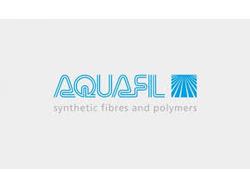 The report notes that the revenue increase was “…almost entirely attributable, both on a yearly and quarterly basis, to the BCF (fiber for carpet flooring) Line’s higher revenues in Asia and the United States, partially penalized by the slowdown of the European market in H2 2018. The minor reduction in revenues during Q4 is mostly attributable to the lower sales levels of the later due to planned in-house use of such polymers for fiber production for the U.S. market.”

Franco Rossi, Aquafil’s U.S. president and chairman states, “We continue to show strong growth and expansion in the U.S. market. We opened the first American Aquafil Carpet Recycling facility in Phoenix, Arizona in October 2018, and we have our second U.S. facility underway in Northern California, which is scheduled to open in 2019.