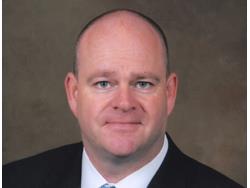 Atlanta, GA, April 3, 2019-Surya has announced that Andrew J. Kearton has been appointed as the company’s chief operating officer.

Kearton joins Surya from Mohawk Industries where he oversaw the North American distribution operations and was responsible for delivering key optimizations, improved logistics and expansion of the company’s strategic footprint.

In his role with Surya, Kearton will be responsible for leading the operations, human resources, technology and customer care functions for the company and will report to Satya Tiwari, president of Surya. As a member of Surya’s leadership team, Kearton will also help to set the firm’s long-term vision and direction.

Prior to his role at Mohawk, Kearton was the senior vice president of operations for IVC. Before IVC, Kearton spent 25 years with the Pirelli Tire Group in Europe and North America.

Kearton will office out of the company headquarters in White, Georgia.