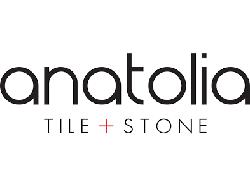 The company is opening state-of-the-art facilities in close proximity to the Port of Savannah.

Headquartered in Vaughan, Ontario, Anatolia Tile + Stone is a source for ceramic and stone products and a supplier to some of the largest distributors throughout United States and Canada.

With the expansion Anatolia expects to bring in an estimated 10,000 to 15,000 20-foot equivalent units through the Port of Savannah annually within the next six to ten years.