American Office Building Amid a Transition as Work-From-Home Flourishes 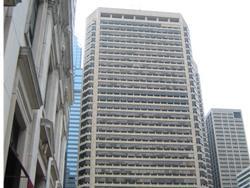 New York, NY, December 10, 2021-The American office building, where millions of white-collar employees have headed to work for more than a century, is in a state of reckoning, reports the Wall Street Journal.

“Newly built skyscrapers in central business districts are still filling up and charging top rents, even during the pandemic. But thousands of older buildings across the U.S. face an uncertain future. As more companies elect to make remote work or a hybrid model a permanent part of their corporate culture, they are looking to cut costs on real estate. An outdated office makes the decision to end a lease or sell a building easier.

“In New York and San Francisco, more than 80% of all office space is more than 30 years old, and Chicago isn’t far behind, according to Phil Ryan, director of U.S. office research at Jones Lang LaSalle Inc. These three cities also have some of the lowest office occupancy rates in the country: Less than 40% of the workforce was back in the office as of early December, according to Kastle Systems, which tracks how many people swipe into buildings.

“What happens to these aging edifices across the U.S.-whether they are converted to other uses, torn down or upgraded to suit modern needs-will go a ways toward shaping what work, the modern city, and surrounding suburbs will look like in the decades ahead.

“‘There’s just not a lot of need for big-floor-plate, white-elephant suburban office buildings,’ in and around cities like New York and Chicago, said Steve Poulos, chief executive of industrial real-estate developer Bridge Industrial.”