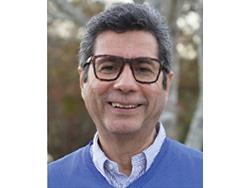 “Salama was born in Cairo, Egypt, where he also attended Helwan University. Shortly after his graduation, he began his career at Oriental Weavers in a sales role for the local Egyptian market. Oriental Weavers had been in business for only four years, but company founder Mohamed Farid Khamis recognized Salama’s potential.