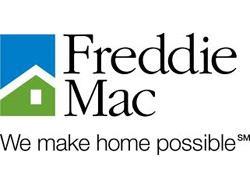 This shortage of available homes has been identified as an important barrier to young adults buying their first homes.

“We estimate that approximately 1.6 million more senior households are staying in place than would have been the case if they had behaved like previous generations of homeowners,” said Sam Khater, chief economist at Freddie Mac. “For scale, 1.6 million units is roughly the same as the number of new single-family and multifamily housing units built each year, and it represents more than half of the current shortfall of 2.5 million housing units that we estimated in our December Insight.”

“We believe the additional demand for homeownership from seniors aging in place will increase the relative price of owning versus renting, making renting more attractive to younger generations,” added Khater. “This further highlights the importance of addressing barriers to the production of new housing supply to help accommodate long-term housing demand.”

* Seniors born after 1931 are staying in their homes longer, and aging in place, resulting is higher homeownership rates for this group relative to previous cohorts.

* To provide context for the 1.6 million existing homes being held off the market due to seniors aging in place, the Urban Institute recently estimated that 3.4 million millennials are missing out on homeownership.

* More older Americans prefer to age in place because they are satisfied with their communities, their homes, and their quality of life.