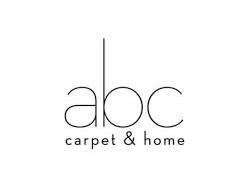 Both Applebaum and Robinson have deep roots in the floorcovering and home textile world, including merchandising, sourcing, design collaboration, and store operations.

Applebaum, who began her rug career as store manager for abc in 1990, rejoins the company from Mridul International, where she served as director of U.S. creative and accounts, assembling collections and coordinating product development for U.S.-based retailers. Prior to that, she was co-founder of Threads, where she partnered with three state-of-the-art manufacturers in India on an exclusive home textile collection. Applebaum also spent more than 15 years at Crate & Barrel as a buyer and product developer for textiles and rugs, working directly with manufacturers, agents, and designers worldwide. She also oversaw the 27,000-square-foot New York flagship store with a staff of 60 during a period of rapid growth and expansion.

Robinson was most recently vice president of product development for Stark Carpet, where he was engaged in design, development, and sourcing with a specific focus on India, Nepal, and China. As the former creative director and head of U.S. Sales for Obeetee, one of India's largest manufacturers of hand-woven area rugs, Robinson led the transition from a stocking wholesale distribution model to a sales-and-service organization, specializing in fulfillment of private label programs and product development for top home furnishing brands. In addition, he successfully developed the printed, tufted 100% wool area rugs as a new product category, increasing the company’s hand-knotted production by 1500% over a 3.5-year span to become the industry’s largest producer of hand-woven carpets.