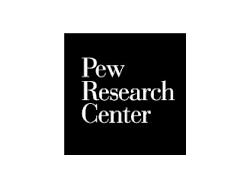 Washington, DC, March 9, 2021-More than a year after the coronavirus first arrived in the United States, there are signs of growing public dissatisfaction with the country’s response, reports Pew Research Center. “Performance ratings for how top health and state and local officials have responded to the outbreak continue to decline. And there’s less consensus than there was at the start of the outbreak about whether certain steps, like restrictions on restaurants, are necessary.

“Still, at the outset of President Joe Biden’s term, there’s more optimism than pessimism that the policies of his administration will improve the country’s response to the outbreak. There’s also a shared sense that vaccination efforts will play some role in improving the economy-a top public priority.

“And, as Covid-19 vaccine production and administration efforts in the U.S. continue to ramp up, a new Pew Research survey finds public intent to get vaccinated is on the rise.

“Overall, 19% of adults say they have already received at least one dose of a coronavirus vaccine. Another 50% say they definitely or probably plan to get vaccinated. Taken together, 69% of the public intends to get a vaccine-or already has-up significantly from 60% who said they planned to get vaccinated in November.

“Differences across demographic and political groups continue to characterize public views of Covid-19 vaccines. Yet these dynamics are fluid, and there have been some notable changes as intent has risen and vaccines become more widely available in the U.S.

* A majority of Black Americans (61%) now say they plan to get a COVID-19 vaccine or have already received one, up sharply from 42% who said they planned to get vaccinated in November. Differences in intent to be vaccinated among Black, White, Hispanic or Asian adults are generally smaller now than they were three months ago.

* Among older adults-who are at greater risk of a serious case of the disease and have priority access to vaccines in most places-41% say they have already received at least one dose; another 44% say they definitely or probably plan to get vaccinated. Intent to get vaccinated remains higher among those ages 65 and older than among younger adults.

* A smaller majority of women (66%) than men (72%) intend to get a vaccine or have already received at least one dose. Among those not planning to get vaccinated, women are more likely than men to cite concerns about the rapid pace of vaccine development and a lack of information about how well they work as major reasons why they don’t plan to get a vaccine.

* Partisan differences, which have long characterized views about the outbreak, are increasingly seen in vaccine intent. Democrats are now 27 percentage points more likely than Republicans to say they plan to get, or have already received, a coronavirus vaccine (83% to 56%). This gap is wider than those seen at multiple points in 2020.”