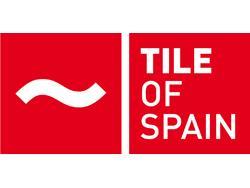 Miami, FL, December 2, 2020-Tile of Spain, the association representing over 125 Spanish tile manufacturers, has announced the winners of the 19th annual Tile of Spain Awards of Architecture and Interior Design.

"Runnymede College Campus" by Rojo/Fernández-Shaw and

The judges admired the proposal for a typology of "impluvium building" beyond the traditional method of constructing a Mediterranean style patio to carry off excess rain water.

The panel of judges was chaired by Tokyo-based architect, Kengo Kuma. After graduating from the University of Tokyo with a degree in architecture, Kuma founded his own studio, KKAA in his home country of Japan. In 2008, Kuma established Kuma & Associates Europe and is now involved in projects in over twenty countries.