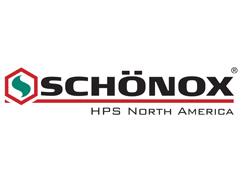 Las Vegas, NV, February 20, 2017—The winners of the Schönox Worst Subfloor Contest were announced in a ceremony at Surfaces.

John McGrath, Jr., executive director of INSTALL; David Simpson, owner of U.S. Concrete Moisture Testing and U.S. Textures; and Robert Varden, executive director of Certified Floorcovering Installers, judged the contest entries in an impartial manner that included having all identifying information removed from the entries with only the photos and project notes provided for their review.

The Schönox Worst Subfloor Contest is an opportunity for any company charged with making a damaged subfloor smooth and sound to show the tough subfloor conditions that they encountered and how they renovated them using Schönox products.

The contest entries were independently judged with first, second, and third place winners awarded Schönox dollars based on the severity of the original subfloor’s condition, the skill and attention to detail taken in executing the project, and the quality of the finished subfloor. Three installation team members from each of the winning entries also received prizes, including weekend trips to Las Vegas, Dewalt tool and Yeti coolers.

The winning companies were as follows: