Top 100 Retail: Sustained momentum is starting to yield a sense of confidence - Nov 2017 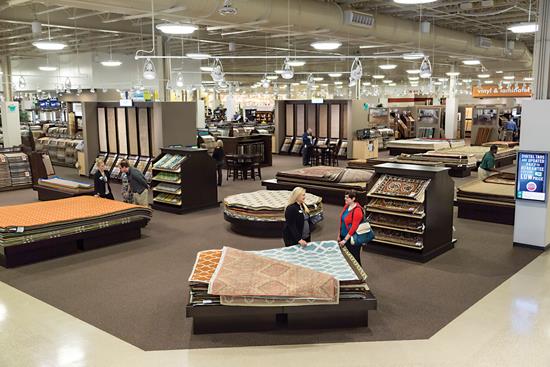 Business is up this year among the top 100 flooring retailers and residential contractors, with a modest increase in volume boosted by activity at the higher price points. Carpet volume appears to be about flat, but the category is up in dollars, thanks to a couple of price increases so far this year and a consumer trend toward higher end nylons, including branded products. And in the hard surface flooring, the hottest product is rigid LVT, which is priced at the upper end of the resilient category.

Installation remains the most pressing issue in the flooring retailer community, as it is among commercial contractors. This year, a handful of the top 100 retailers have managed to hold onto or recruit enough installers to fill their needs, but most still report that the lack of qualified installers is hampering their business, or at best significantly slowing down the process.

It’s worth noting that a substantial portion of the installer pool is comprised of immigrant labor, much of it from Latin America but also from eastern Europe. However, retailers are increasingly getting involved in recruiting potential installers from trade schools and other labor pools, including armed services veterans.

The International Certified Floorcovering Installers Association (CFI), which is owned by the World Floor Covering Association, recently started offering accelerated training courses for installation several times a year from its school in Forney, Texas. The five-day courses cost about $5,000, not including room and board, and the training includes all aspects of the installation process across the spectrum of flooring types. CFI also offers shorter courses specific to the different flooring categories.

A game-changing development in the flooring retailer community is the embrace of, or surrender to, digital technologies and social media. Software providers report a sea change among retailers to take on the digital terrain and start to turn it to their advantage. And that includes advertising and marketing. A surprising number of retailers have staff dedicated to reaching out to the customer base via social media.

HOUSING UPDATE
This year, single-family starts should hit 850,000, with another 350,000 starts for multifamily units. However, there are signs that the multifamily market is slowing, though many core markets still need more units. According to National Real Estate Investor, real estate investment trusts (REITs) in the multifamily market continue to buy land and build apartments, even though the market has slowed. And Axiometrics, a RealPage company, estimates that 271,842 new units are likely to open next year, compared to 389,723 this year.

In the single-family housing market, existing home sales (which largely impact the residential replacement business) have been uneven. They fell in August for the fourth time in five months, according to the National Association of Realtors. Total existing home sales, which includes single-family homes, condos, co-ops and townhomes, fell 1.7% to a seasonally adjusted rate of 5.35 million units compared to July, though the sales pace was up 0.2% from August 2016. Low inventory is a big part of the problem-representing a 4.2-month supply-along with rising prices in many markets. Median prices for existing homes hit $253,500 in August, up 5.6% from August 2016-the 66th straight month of year-over-year increases.

According to the U.S. Census Bureau, new home sales were also off in August, down 3.4% from the July rate to a seasonally adjusted annual rate of 560,000, and down 1.2% from August 2016. New home inventory of 284,000 homes represents a 6.1-month supply at current consumption rates. However, despite the dip in August, new home sales continue to make steady, modest gains, as they have for the past few years.

For the complete story of the Top 100 Retailers, see the November 2017 issue of Floor Focus Magazine.