Top 100 Retail: Leading flooring dealers report revenues are up, but profits are down - Nov 2018 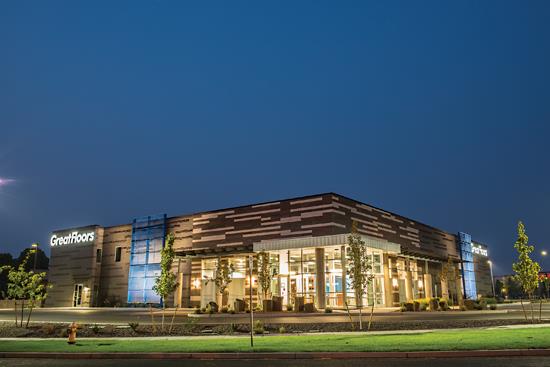 By Darius Helm and Beth Miller

Top flooring retailers report that business has been fairly strong this year, with all three segments-residential remodel, single-family builder and multifamily-making gains. But the issue this year is profits, not revenues. A whole host of factors are impacting installed flooring costs, narrowing margins that in many cases are already too narrow.

MARGIN IMPACTS
On the one hand there are the usual suspects-increased raw material costs, the rise of crude oil prices-emerging after a couple of years of relative dormancy. And there’s the lack of qualified flooring installers, an issue that became increasingly apparent and challenging as the economy slowly recovered from the recession. In terms of money it’s a supply and demand problem-if you want it done soon and you want it done right, it’s going to cost more.

Transportation costs are up, and not just because of higher prices at the pump. New regulations-and monitoring-prevent long-haul truckers from hauling for too long. So that’s another supply and demand problem, directly impacting manufacturer distribution but ultimately contributing to price increases and impacting everyone along the value chain.

And then there are the tariffs, 10% in late September and going up to 25% at the beginning of the year, affecting a range of flooring products exported from China, but most significantly, LVT and rigid LVT-the two biggest growth categories in the business. The vast majority of LVT and rigid LVT is manufactured in China. In fact, the first rigid LVT, US Floors’ Coretec WPC was a modified version of a waterproof core used in China for decking, and China is also where the first products were manufactured and where most of the products in this category continue to be produced.

The big domestic flooring manufacturers did not postpone the tariff tax on existing inventory, so those downstream felt the pinch almost immediately. Some distributors and smaller importers have been more flexible. And on the builder side, where there are substantial relationships with large home builders and products in sizeable volumes are selected months in advance, manufacturers have been extending forgiveness through that date for a couple of months or so.

TARIFF REPERCUSSIONS
In response to the tariffs’ impacts, some retailers have been redoing their lineups to get the price points they need to maintain their position in the market. And the Chinese producers haven’t been sitting on their hands either. Many are concerned that U.S. importers will shift their focus to other flooring producing nations in the region, like South Korea or Vietnam (though Vietnam is more focused on hardwood). Some retailers report that Chinese producers are making price adjustments at their end to reduce the impact on their U.S. partners.

Also, some of these Chinese manufacturers, gauging the U.S.’ aggressive new stance on international trade will endure for the foreseeable future, are already looking to establish manufacturing in neighboring countries.

All this is in response to the 10% tariffs imposed on September 24, but the real impact comes in January, assuming the administration hews to its position. At that point the market will start to respond en masse. And there will be measurable shifts in volume both between LVT producers and between product categories.

There are a few likely scenarios. One is that dealers will switch from the heftier, more expensive WPC products, like the hugely popular Coretec, to lighter, cheaper SPC products. In fact, there might well be a move across the entire LVT category toward the commodity end of the market. And while that might prevent some bleeding in the short term, it could have lasting impact on the market’s perception of the category, since lower cost products bring poorer performance and more product failures.

It’s also likely that laminate flooring, which has been somewhat buoyed by the “waterproof” marketing campaigns, will make gains, probably across all the residential segments. Domestic production accounts for over 40% of U.S. consumption, and a lot of supply also comes from Europe, so the category is much more buffered than LVT.

There are some signs that the new wave of water-resistant laminates is gaining traction. Several leading independent retailers reported growing laminate sales, and in some cases single-family home builders are installing laminate where in the past they would have used hardwood, drawn by the lower price points, enhanced aesthetics and improved performance. The tariffs may impede LVT’s ability to compete in that market.

Beyond LVT, the tariffs also impact hardwood and ceramic tile to a significant degree. After all, by volume China is the largest producer of ceramic tile. And it sells a lot of hardwood to the U.S. market-and a portion of it is made from U.S. lumber.

Several retailers we talked to were vocal about the way in which these tariffs have been passed through, arguing that many major U.S. flooring producers-producers that are too big to go up against-have tacked the 10% increase on their sell price, rather than the price of the product coming out of China, with the justification that it also accommodates increase in fuel and transportation costs. But that’s a tough pill to swallow for retailers facing an uncertain future.

MULTIFAMILY CONDITIONS
The multifamily market has grown hugely since it fell off the cliff and plunged, alongside the single-family market, into the Great Recession-from 284,000 multifamily unit housing starts in 2008 to just 109,000 in 2009. It rebounded quickly, then went even further. By 2013, multifamily starts were higher than the modern peak established in the years leading up to the recession, reaching an all-time high of 397,000 units in 2015.

Even though the multifamily housing boom has passed its peak, it has left in its wake a massive volume of units, and that means increased volumes of apartment turns, a business that many independent retailers participate in. The apartment turns business is all about speed and efficiency, because it’s a low margin business.

Until recently, multifamily units were largely carpeted, and the lower end of the market, where most of the volume is, featured vinyl flooring in the kitchen and vinyl or ceramic in the bathroom. Every three or so years, units would get renovated. But this new wave of multifamily housing has increasingly been shifting away from carpet, largely to LVT. Now the only place you’ll find carpet is in the bedrooms.

At the front end, it’s not a bad proposition for the dealer, since LVT costs more than carpet. But carpet wears out and uglies out a lot faster. So those three-year apartment turns are a thing of the past. Going forward, dealers catering to this market sector may find, with apartment turn cycles stretching to ten years or longer, that the larger volume of units on the market end up bringing in even less money than the smaller volume of carpet-heavy apartment units of old.

This shift to hard surface flooring has made interior spaces louder. Some retailers report instances of property managers upgrading their LVT installations with cushioned LVT products because of acoustical issues. (A similar issue is playing out in the hospitality market, as detailed in a report in this issue, starting on page 59.)

HOUSING UPDATE
Flooring retailers’ residential remodel business is heavily influenced by existing home sales. And this year, so far, has not been a great one for existing home sales. Insufficient inventory has driven prices higher, which in turn, coupled with rising mortgage rates, have kept a lot of potential homebuyers out of the market.

This year, with the exception of a 1.1% month-over-month increase in March, existing homes sales were down every month until August, when they were flat-and down 1.5% from August 2017. However, inventory levels are higher than they were a year earlier, and that may help boost activity.

In terms of new home sales, which of course correlate with recent residential contractor business, it’s been a bumpy year. After reaching a seasonally adjusted rate of 712,000 homes in November 2017, a ten-year high, the market backed off, though homes are still selling at a faster rate than they were last year. Sales in August were up to a seasonally adjusted rate of 629,000, following two consecutive monthly declines. But new home prices are rising and 30-year fixed-rate mortgages now average 4.65%, stifling growth.

Housing starts, which correlate with upcoming residential contractor business, have been seesawing all year long, but they’re generally running about 10% ahead of last year’s monthly rates.

For the complete story of the Top 100 Retailers, see the November 2018 issue of Floor Focus Magazine.