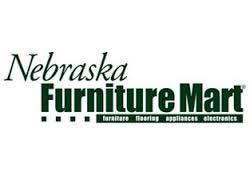 In addition, Ron Blumkin will continue to oversee Nebraska Furniture Mart’s subsidiaries, including Floors Inc. in Omaha and Grandscape.

Ron and Irv Blumkin are both grandsons of NFM founder Rose Blumkin. The company now is owned by Berkshire Hathaway.

Nebraska Furniture Mart is the 18th largest flooring retailer in the nation, according to the Focus Retail 100 list, with an estimated $155 million in sales during 2016.