Tarkett on the Move - August/September 2006 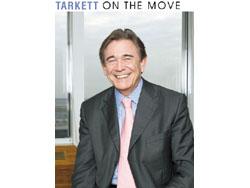 Just last month, Tarkett S.A. bought out its minority shareholders for 19.50 euros a share. It was just the latest in a long series of moves by the Paris headquartered company to become a dominant player in the worldwide hard surface flooring business.

The strategy to make Tarkett a world player in hard surface flooring is hardly a new one. It began taking shape nearly a decade ago, shortly after the French firm Sommer Allibert bought the German flooring manufacturer Tarkett. Sommer, which was controlled by the Deconinck family, made both flooring and automotive fabrics.

Sommer Tarkett exited the automotive business in 2000, then spent four years restructuring the company. In 1997, the year Tarkett was acquired, Sommer had $1.4 billion euros in sales. In 2004, sales were still $1.4 billion.

On a recent visit to Paris, we asked Tarkett chairman Marc Assa about the firm’s strategy.

Q. So what happened in those four years?
A. We reshuffled everything, but restructuring is difficult. We felt we had done our homework in 2004, however. In 2005, sales were $1.6 billion. This year, we’ll be close to $2 billion.

Q. So things started to change in 2004.
A. Yes. At the end of 2004 we changed our name from Tarkett Sommer to Tarkett. We decided to have only one brand. We also decided we wanted to become a global market leader, with world marketshares between 10% and 25% in our core products and in our core markets. We divided our businesses worldwide into residential and commercial.

This goal was the result of a strategic plan developed in 2004 based on three pillars: concentrate on our core businesses; globalize these core businesses; achieve profitability through internal and external growth.

Q. So what is your core business?
A. As you can see in the chart below, ceramic and carpet account for nearly 75% of world floorcovering consumption. Resilient, laminate, wood and linoleum account for the other 25%. That’s our market, our core business.

In 2005, Tarkett had a 24% share of the world residential market in resilient, 4% in wood and 2% in laminate. In the commercial market, we had 22% of the vinyl business (34% homogeneous vinyl and 16% heterogeneous) and 10% of the linoleum business.

We have very small markeshares in wood and laminate, because we are presently marketing wood only in Europe and North America. And just last year we began building integrated laminate production lines in Europe, in the U.S. (Pennsylvania) and in Russia.

In Eastern Europe, we’re becoming rather important in resilient, with a 51% marketshare, but our share is only 19% in Western Europe and 11% in North America.

Q. What share of those businesses will be residential and what share commercial?
A. We want to keep a fairly equal split between commercial and residential, which isn’t easy, since it’s easier to build sales in the residential market. In the commercial sector, we are resilient. Our main segments in that market are healthcare, education, retail, offices and sports (with the acquisition of FieldTurf).

In residential, we are resilient, wood and laminate.

Q. How about your internal growth?
A. In Russia, we’re presently setting up a commercial homogeneous vinyl line. In Canada, we have a new line for the cushion vinyl, Fiber Floor.

Q. What about external growth?
A. We acquired Johnsonite in North America at the end of last year. We started a new joint venture with Mannington in VCT. In sports floors, we acquired Field Turf. In laminate, we have a joint venture with the Portuguese company Sonae in Western Europe. In North America, we have a partnership with the Chilean company Aconcagua. We recently signed a joint venture in Eastern Europe with the Swiss company Kronotex, which is producing board and laminate together in the same plant in Germany.

Q. You made some key moves in North America.
A. I’ve projected Tarkett’s worldwide sales to jump from $2 billion in 2005 to $2.4 billion this year. Most of that growth—$285 million—will come from North America. Johnsonite represents about $130 million of that total now. FieldTurf will add another $130 million. The rest will come from internal growth.

This year, the commercial part of our business will grow from 43.5% of total sales to 46.5%, because of the Johnsonite and FieldTurf acquisitions. North America will account for about 33% of worldwide sales this year, with Western Europe at 40%, Eastern Europe at 23% and Asia at 4%. And this year, Regis de Boisseau, the president of our commercial business, will invest in China.

So you see, Tarkett is now a global company.

Q. What about the two U.S. acquisitions, Johnsonite and FieldTurf?
A. We merged our European sports floor operations with FieldTurf, and that business is now the number one sports flooring producer in the world.

We bought Johnsonite because it has a lot of synergies with our commercial business. We’ve historically been in VCT, and VCT is a declining market. It was difficult to sell our homogeneous and heterogeneous vinyl products through the VCT distribution network. We think Johnsonite has the distribution network par excellence for those products.

Q. Is this a trend we can expect to continue?
A. No. This was only done because our residential business is weak in California, where Diamond W is located, and in the Chicago area, where McKee is. Our goal is not to control distribution, but to increase our opportunities in those areas.

Q. So is it safe to say your long term goal is to become a dominant player in both the U.S. commercial and residential markets?
A. Yes, that’s certainly true.