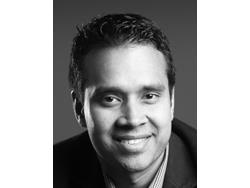 Calhoun, GA, May 7, 2015—Surya president Satya Tiwari has been selected as a finalist in the Family Business Category for the EY Entrepreneur Of The Year 2015 Award in the Southeast region, marking the second consecutive year that he has been recognized with this honor.

Finalists were evaluated and selected by an independent panel of judges based on their business vision, financial performance, demonstrated leadership in driving innovation and commitment to social responsibility.

Under Satya’s direction, Surya has grown organically from $2.7M in sales in 2004 to $100M during the most recent fiscal year and has been named by Inc. Magazine as one of America’s fastest growing privately held companies for four years running.

In late 2015, Surya will open a one-million-square-foot state-of-the-art corporate headquarters and distribution center, bringing an additional 200 jobs to the North Georgia region.