Survey 2020-What the Retailers Think: Under a cloud of COVID, retailers are struggling to find a path back to normal - July 2020 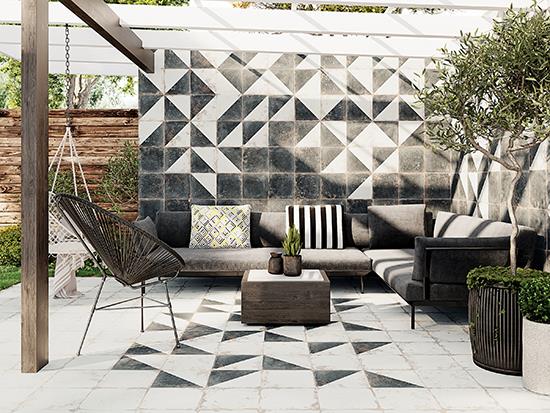 In a year unlike any other, independent flooring retailers feel more vulnerable than ever, which has intensified their grievances and frustrations-from manufacturers both selling direct and favoring home centers to devious marketing from the various category killers to the lack of qualified installers and salespeople throughout the market.

Many of these retailers were coming off of a lackluster 2019, or at least it seemed lackluster until around March of this year. The shutdown during April and May ground most flooring retail businesses to a virtual halt, and even with operations opening up over the course of the summer, unemployment numbers alone will limit the rebound, though there are signs that home improvement is top of mind for many consumers.

Foot traffic is another frustration among independent flooring retailers, one that’s specific to the current health fears. Many retailers have expressed dissatisfaction about how the lockdown, by and large, allowed home centers to operate and sell product, including flooring, while flooring specialists were shuttered.

One respondent lamented being “shut down by your governor because of COVID-19 for 51 days now but people can go to big box stores and get flooring products is not right. How are we as an industry supposed to survive this?” And there are worries about long-term impacts of the virus induced downturn, including what it will take for consumers to get comfortable again with lengthy store visits. One retailer expressed concern about the “effects of the pandemic on future sales.”

To be fair, this imbalance was more the result of a logistical issue than a nefarious motive. Not all of the products in Home Depot, for instance, strictly fall under the “essential” umbrella, but making those judgments, presumably at a state level, was ultimately too low a priority for most regional governments, which had their hands full with a range of unprecedented issues. Only two states, Michigan and Vermont, made any attempt to force home centers to close off sections focused on non-essential goods.

Even though many states have started opening up businesses like flooring retail stores, the damage may already be done. According to the Commerce Department, retail sales rebounded 17.7% in May after tumbling 14.7% in April, but those gains have mostly been among the large retail chains and online stores. Small and vulnerable businesses have largely been silent and dark, while Walmart, Lowe’s, Home Depot and Costco have enjoyed robust activity.

As one respondent put it, “Coronavirus has killed retail. Our stores are closed. Not sure how this will affect us in the future.” Another retail said, “I’m sure that, like everybody, we are scared of the lasting effects COVID-19 will have on the industry and our small retail shop.”

Existing home sales fell 9.7% from April to May, down 26.6% from May 2019. “Sales completed in May reflect contract signings in March and April-during the strictest times of the pandemic lockdown and hence the cyclical low point,” says Lawrence Yun, chief economist for the National Association of Realtors, though he adds that home sales will “surely rise” in the coming months and could even rebound to year-over-year increases in the second half of 2020.

In the midst of this global health scare and its attendant economic impacts, independent flooring retailers are focused on getting back to normal. They’re using all their tools to drive traffic to their stores or online programs, fine-tuning their product offerings and they’re finding ways of building relationships with clients in today’s heavily circumscribed B2C environment.

WHO THEY ARE
This year, the East again was the smallest group, accounting for 20% of responses, with the West making up another 24%, the South making up 27% and the balance, 29%, coming from the Midwest. All of the surveyed U.S. retailers serve the residential market, often in both the remodel and builder markets, and many also serve the commercial market.

Floor Focus also asked retailers about revenues and earnings, and the results show the impact of the virus-induced shutdown. While both average revenues and average earnings were up over 4% in 2019, following several years of gains, retailers this year report that, on average, revenues are down 4.40% and earning are down 4.41%. The last time both earnings and revenues were down was in 2010, when revenues were down 6% and earnings were down 7%. And there’s a good chance that, once this year is completed and tallied, numbers will fall below that 2010 level.

At 43%, participation in retail groups is somewhat lower than in recent years. The East and West both reported 40% participation, compared to 42% in the South and 49% in the Midwest. Last year, the Midwest also reported the highest participation rate, at 63%, though in 2018 participation was highest in the West, at 58%, followed by the Midwest at 51%. And less than 1% of those currently not members of groups expressed interest in joining one.