Survey 2017: What the Retailers Think—Flooring retailers weigh in on the business - July 2017 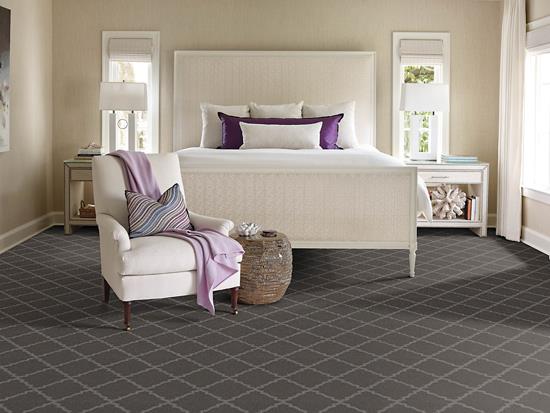 Business in the residential sector is healthy but not exactly thriving, and many flooring retailers are locked in a years-long struggle to sustain their operations in the midst of a rapidly changing world. It’s not just about selling and installing flooring anymore. It’s about evolving to keep pace with the market.

Just about every aspect of the flooring retailer’s business is in flux. In terms of product, there’s the shift from carpet to hard surface, accelerated by recent product developments like rigid LVT. When it comes to customers, competition from home centers and the Internet is stronger than ever, and even though the flooring business is faring better than many other retail sectors due to its reliance on design assistance, service and installation, the pressure to maintain store traffic and stay relevant in the eyes of consumers is unrelenting.

The market itself is in flux, with demand gradually shifting from the multifamily sector to single-family homes-and in the single-family market, demand for new homes exceeding supply is driving up home prices and impacting market growth. It’s been over a decade since the collapse of the housing market, and it has yet to recover-and in the interim the Millennial generation has become the dominant buying force, and Baby Boomers have started sliding into retirement.

This year has also brought an increase in flooring prices across the board, driven by higher material costs, and that is putting pressure on both margins and revenues. And to top it all off, retailers are in the midst of a sustained labor shortage, with a dearth of qualified, experienced installers.

However, despite having to contend with so much change and uncertainty, the independent flooring retailers surveyed in this report seem to be finding ways to keep up with it all. They’re learning to navigate the evolving retail landscape, they’re more comfortable with the digital world, and by and large they’re holding their own and finding new paths to success.

WHO THEY ARE
The Floor Focus survey goes out to retailers from all across the country. This year, the biggest group comes from the Midwest, accounting for 34% of responses. The East makes up another 26%, and the South and West each make up another 20%. Last year, the Midwest and South contingents were higher, while the East and West were lower.

All of the respondents reported on their annual revenues, which range from less than $600,000 to over $15 million. This year, 18% of surveyed retailers reported revenues under $600,000, bucking the recent trend-12% last year and 16% in 2015, down from the recent high of 26% in 2011. However, 34% reported revenues in the $1 million to $3 million range, which is the same as the last two years, and 21% reported revenues of $5 million or more, compared to 20% last year and around 15% to 16% for the three years prior. So this year a significantly higher percentage reported low revenues and there was some growth among larger businesses.

Floor Focus also asked retailers to compare growth between earnings and revenues. On average, both were up by single digits, but this year revenues somewhat outpaced earnings, as they did last year, though not by as much. This could reflect a focus on products at lower price points and, for some retailers, on business in the multifamily market, which has been strong but has recently shown signs of a slowdown.

To get a sense of how they run their businesses, retailers were asked about how they pay their salespeople. This year, 40% reported paying straight salaries and another 40% said they pay a salary plus commission, and 20% pay straight commissions. That’s very close to last year’s results and it reflects a general trend away from straight commissions.

One of the biggest issues facing flooring retailers is the lack of installers, qualified or otherwise, a problem which has been exacerbated by the Department of Labor’s (DOL) new focus on businesses that subcontract these kinds of craftsmen while treating them and essentially marketing them as employees. Industry experts anticipated that this would lead to more flooring retailers reclassifying their installers as employees to avoid DOL scrutiny.

Retailers were also asked to report on affiliation with buying groups, and this year 45% said they were members of these groups-over the past few years this number has tended to fluctuate a few points on either side of 50%, so there were no big surprises in the current survey. This year, membership was highest in the Midwest at 54% and lowest in the South at 32%. And 53% reported being very satisfied with their affiliation, down from 62% last year. Only 4% of those not in groups said they were considering joining one.