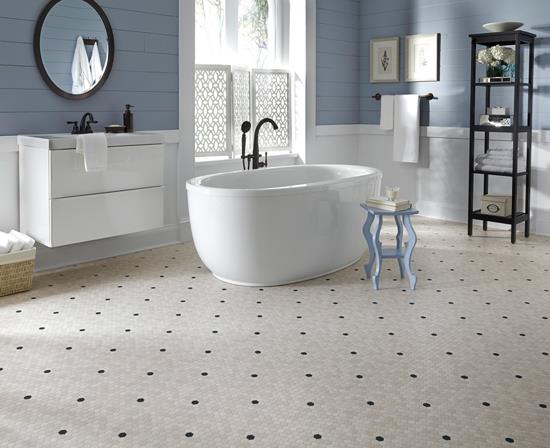 Over the last decade, the retail landscape has been significantly transformed, due to myriad impacts from the Great Recession as well as the development of the online marketplace. Responses in this year’s independent flooring retailer survey suggest that, as retailers learn to keep up with the changing market, they find themselves facing down a new set of challenges along with the old.

For the third year in a row, the most pressing problems besetting flooring retailers include an old, longstanding issue—installation—along with a range of fairly new issues, like combating unrealistic consumer expectations derived from Internet shopping and deceptive marketing, lack of manufacturer support for independent dealers, and navigating social media and other online tools to stay competitive.

The slow and hesitant rebound from the recession has been tough on retailers. For one thing, it has kept the market extremely competitive—ten years is a long time to be scrambling to stay afloat. Also, slow business led to an exodus of skilled craftsmen, and now there aren’t enough experienced installers to go around. (For a report on the installer business, see Installation Update, starting on page 79 of the July 2016 issue.)

Many retailers have branched out, expanding product ranges within and beyond flooring, and also looking at new markets. Some have tried their hand at the high-volume, low-margin multi-family business, and others, with sporadic success, have targeted the commercial contract market. And many of the retailers that hewed to their old models, convinced that what had worked in past decades would also work in future decades, have ended up driving their businesses into the ground, while their peers have adapted and survived.

WHO THEY ARE
This year’s surveyed retailers represent a broad cross-section of the country. About 37% of the respondents come from the Midwest, another 29% from the South, and the East and West both contributed 17%. That’s similar to last year, with the West a bit higher and the Midwest a bit lower.

Like last year, about 34% of retailers reported sales from $1 million to $3 million. And 20% reported sales of $5 million or more, compared to 15% to 16% in the last three years—another sign of rising fortunes.

To get a better picture of their operations, Floor Focus also asks retailers about their salespeople and installers. This year, 41% of surveyed retailers report that they pay sales staff straight salaries, and that follows a years-long trend—with a brief reversal in 2015—toward salaried staff. And 19% report paying straight commission, down from 23% last year. And like the last few years, 40% report paying salaries plus commission.

Floor Focus also asked retailers about their affiliation with buying groups. As in past years, about half of the respondents belong to one of the flooring groups. This year it was 56%. Satisfaction levels for group members are generally high, with 62% reporting that they’re very satisfied and another 34% saying they’re somewhat satisfied, compared to 4% saying they’re not very satisfied. And of the retailers not currently enrolled in a group, none expressed any interest in joining one.