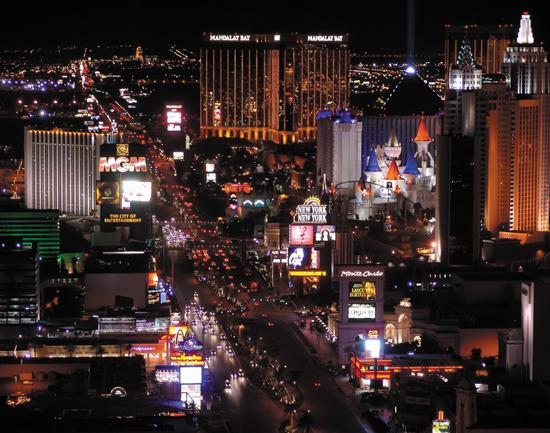 After 18 years, the Surfaces show is moving. This is the last year the flooring show will be at the Sands. Next year’s show, which will run from January 26 to January 28, will take place at Mandalay Bay, which is down at the other end of Las Vegas Boulevard, opposite the airport.

The first Surfaces show was in fact 21 years ago, held at the Las Vegas Convention Center by the Western Floor Covering Association—which became the World Floor Covering Association (WFCA) in 1995, when it merged with the American Floorcovering Association. At that first show, held in April, there were 91 exhibitors and 4,236 buyers. With the Atlanta show still bigger, Surfaces was initially viewed as a regional show. The following year, the show was shifted to February to better fit with the manufacturers’ product schedules, and the show grew. By 1992, attendance was at 12,400.

In 1993, the show was moved to the Sands Convention Center, and with participation from some of the big Dalton carpet mills, it began to be viewed as the national residential flooring show. Attendance jumped almost 70% to 21,056. In 2001, the WFCA sold the show to Hanley Wood (for more than $40 million), and it continued to grow, peaking in 2006 with 40,558 attendees and 1,070 exhibiting companies.

With the housing slowdown, numbers have fallen over the last three years, bottoming out last year at less than 24,000 attendees and about 600 exhibitors. This year the number of exhibitors is about the same but the total square footage will be down.

With the Sands unable to confirm the dates for Surfaces 2011, and with Hanley Wood’s contract with the Sands expiring this year, moving Surfaces to the Mandalay Bay was the obvious choice. Hanley Wood already holds a lot of shows there, and with 900,000 square feet on two levels, it’s comparable to the Sands. More importantly, it’s a more up to date facility, with more technological advancements, more meeting rooms and more amenities.

Next year’s Surfaces show will be held together with the Stone Expo, which was previously held in October.

This Year’s Highlights
This year the Las Vegas Market has moved two weeks earlier to coincide with Surfaces—and next year it will move another week, as Surfaces slides back into January. There’s a free shuttle between the Sands and the Las Vegas Market, sponsored by Floor Focus, and the Surfaces badge will get you in both shows.

The Surfaces Opening Day General Session on Tuesday, April 2 at 8:30 a.m. is geared for retailers who are looking for ideas and insights that will help them become more profitable in 2010. Back for the second year, CNN financial correspondent Gerri Willis will host the event, “Facing Challenges and Winning: A Retail Power Panel.” The panel will focus on the state of retail, and especially what lies ahead. Panelists will talk candidly about their successes, as well as the most difficult challenges they’ve faced. The program is aimed at both large and small retailers.

A new event this year on Wednesday, February 3 is Designer Day, which will offer interior designers accredited education, and a behind-the-scenes tour of Encore, one of the most extravagant properties in Las Vegas, among other activities.

The Keynote Luncheon will feature Kim Myles, host of HGTV’s Myles of Style. She’ll talk about her unique style and how she incorporates it into her work. Designers will also be taken on a walking tour of the show by design expert Mark Woodman to see some of the hidden gems on the floor.

There are more than 40 seminars, mini-sessions and workshops over the course of the show, from Monday to Thursday, and here are a few that caught our eye:

On Monday from 9 a.m. to noon, there’s “Marketing in a Recession 101,” by Christine Whittemore, chief simplifier of Simple Marketing Now LLC. The interactive workshop covers branding, advertising and promotion, and social media.

Also on Monday, from 1 p.m. to 4 p.m., Chris Ramey, founder of Affluent Insights and former president of CCA Global’s International Design Guild, is giving a workshop called “Your 2010 Success Plan: Selling to the Post-Recession Customer.”

“Social Media 101” on Tuesday at noon, will be led by Whittemore of Simple Marketing Now. The session offers an overview of Twitter, Facebook, blogs and more, and explains what they are and why they matter.

At the same time on Tuesday there’s a one-hour mini-session called “It’s Your Money! 12 Keys to Relentless Management of People and Performance.” James Nuzzo, aka The Stone Professor, will help attendees discover “the secrets to building your business on your terms from your profits.”

Another mini-session running at the same time is “Prospecting for Profit,” a guide to developing leads, ascertaining customers’ needs, becoming a service rep, obtaining referrals and developing network opportunities, presented by Scott Perron, president of Big Bob’s of America.

On Wednesday at noon, “Avoiding Landmines in Flooring Imports” will feature a panel of experts who will identify potential problems and explain how importers can avoid them. The discussion will be led by Jim Gould, president and founder of the Floor Covering Institute.

“Wool: From Farm To Floor” on Thursday at 8:30 a.m. will cover myths and truths about wool, New Zealand sheep breeds, the carpet production process, and performance testing. In addition, participants will view Wools of New Zealand’s 2011 international color forecast. The program will be led by Joanna Ramsden, creative manager at Wools of New Zealand, and Wes Connelly, North American area manager.

“How To Turn Your Website Into a Lead Generating Machine,” also on Thursday at 8:30 a.m., will outline how to transform a website into a source for business leads by using the power of search engine marketing. Other tools include a customer-focused website, email marketing and web analytics. The program will be led by Bob DeStefano, president of SVM E-Business Solutions.