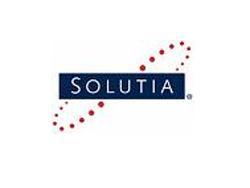 Winners will officially be announced on Dec. 3 at the Doc Award luncheon in New York City and include four entries in two categories each.

Founded in 1988 as a means to recognize outstanding achievement in contract design, the Doc Award Competition honors contract projects that orchestrate color, space, form, function and materials with consummate finesse. An independent jury of accomplished professional architects and designers selected the winners in both categories.

“Once again, each of our winners represents the most outstanding expertise and talent in the field of interior design,” said Marianne Cone, director of marketing. “We were elated by this year’s impeccable entries and feel that their influence will raise the bar for the industry.”

In this year’s competition, Solutia continued an award introduced in 2007, the Designer’s Choice Award.  During a series of events held around the country, a select group of designers judged the product entries using the same criteria and judging process used in the main judging event.
Judges for the 2008 Doc Award competition included -

The Doc Award competition honors Dr. Robert F. “Doc” Docherty, a pioneer in the contract interior design industry, and one of the first to reach out to the interior design community.