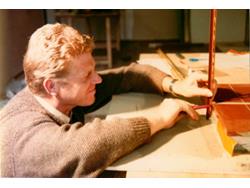 In 1966 a young Master Tile Setter named Werner Schlüter embarked on his first business venture: founding Schluter Tile. A few years later, Schlüter developed a product that would revolutionize not only his work as a tile setter, but the industry as a whole: Schluter-Schiene, a metal finishing profile designed to prevent tile edges from chipping. From these humble beginnings, the company has evolved to a global organization with seven subsidiaries and 1,100 employees.

The Schluter line of products now consists of more than 10,000 different items.