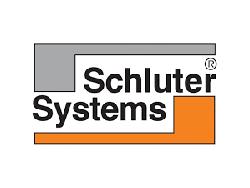 Plattsburgh, NY, March 23, 2018-Schluter-Systems North America has announced the retirement of Larry Horton, after a 34-year career in the tile industry.  Dee DeGooyer has been promoted to replace Horton in the role of senior vice president of sales for the United States.

Most recently, Horton took over the position of senior VP of sales for the U.S. where he was instrumental in continuing to drive sales and market growth, while supporting Schluter’s growing team of Territory Managers.

DeGooyer has spent his entire career in the tile industry-first in installation, then in tile distribution, and finally joining Schluter in 2006 as the territory manager for the Intermountain States. Since coming on board with the company, DeGooyer was promoted to the role of architectural and commercial sales manager for the Western U.S. in 2010, followed by regional sales manager in 2016 and regional sales director in 2017.