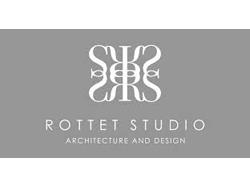 The event was held on June 28 in San Francisco, California.

The competition honors architectural design and planning excellence and draws entries from throughout the United States and internationally.

Rottet Studio is an international architecture and design firm, based in Houston, Texas, founded by Lauren Rottet in 2008. Rottet Studios has offices in Los Angeles, California and New York City, New York, as well as a presence in Asia.

More information can be founded here.