Washington, DC, June 16, 2006--Delegates to The American Institute of Architects (AIA) 2006 National Convention and Design Exposition elected Marshall E. Purnell, FAIA, to serve as the 2007 first vice president/president-elect / 2008 president. Purnell, an AIA regional director from the Mid-Atlantic Region and design principal of Devrouax + Purnell Architects and Planners PC, Washington, D.C., has been involved in numerous AIA activities, including service on the Board Advocacy and Diversity committees, as well as on the AIA Scholarship, Historic Resources, and Housing committees. He has also been involved in leadership at the local component level through the AIA District of Columbia chapter, and is a fellow of the National Organization of Minority Architects (NOMA), of which he was elected president and to several other executive positions. His election capped off an exciting week where his firm won an AIA Institute Honor Award for Architecture for his firm’s role in the design of the Washington Convention Center. “To lead effectively during my term as AIA president, I plan to listen and respect, empower and encourage, act and inspire,” Purnell said. “I care deeply about this profession because I believe architecture has the potential to empower people in ways that can significantly change their lives. AIA members can bring the leadership of our cities together and create an action plan for sustainable, livable, healthy communities.” Additionally, Purnell has made a substantial commitment to his hometown of Washington, D.C., by twice serving as chair of D.C. United Way Campaign, and chair of City First Bank of D.C. Former board activities include Washington Urban League, and the D.C. Commission on the Arts, Cultural Alliance, and Studio Theatre. 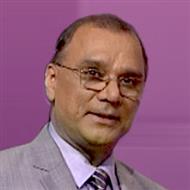