President of Surya Named EY Entrepreneur of the Year Southeast 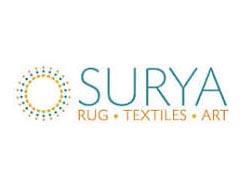 Cartersville, GA, June 14, 2017-Satya Tiwari, president of Surya, was presented with the EY Entrepreneur Of The Year 2017 Award in the Family Business category in the Southeast at a special gala event at the College Football Hall of Fame in Atlanta on June 8.

Selected by a panel of independent judges, the award recognizes entrepreneurs whose ingenuity, spirit of innovation and discipline have driven their companies’ success, transformed their industries and made a positive impact on their communities.

Over the years, the EY Entrepreneur Of The Year program has honored the inspirational leadership of such entrepreneurs as Howard Schultz of Starbucks Coffee Company, Pierre Omidyar of eBay, Inc., Mindy Grossman of HSN and Hamdi Ulukaya of Chobani.

Since assuming the role of president in 2006, Tiwari has incrementally expanded Surya’s product offering into multiple home accessory categories, including rugs, pillows, lighting, wall decor, bedding and accent furniture. Tiwari has made significant investments in marketing, technology, warehousing and logistics and today, Surya boasts one of the fastest fulfillment rates in the industry. Tiwari’s bold vision, innovative decisions and commitment to customers, have put Surya on a growth trajectory and earned the company recognition on the Inc. 5000 list of America’s fastest growing private companies for six consecutive years.