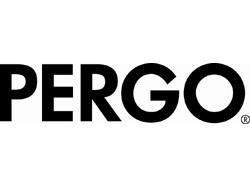 Wielsbeke, BE, April 27, 2017—On March 23, 2017, the first instance court in Dusseldorf, Germany, handed down two decisions in a legal dispute involving Pergo and Classen, relating to both parties’ patent cooperation on Fold-Down technology.

In the first case brought by Pergo, it was decided that Classen breached certain fundamental clauses of the Pergo-Classen agreement, and that as a result, Classen is liable to compensate Pergo for damages. The court ordered Classen to provide information to Pergo, so that Pergo could quantify its past damages.

Pergo respects the right of Classen to appeal the first instance decisions but is surprised that Classen has sent out press statements suggesting that Classen won the German court proceedings and that there is a question mark over licenses already granted. Pergo believes these are misleading as Pergo’s right to license out the Classen rights for LVT has been confirmed and the termination of Classen was found to be invalid. In addition, any existing sub-licenses would in any event not be affected by any potential subsequent termination of the Classen-Pergo agreement.