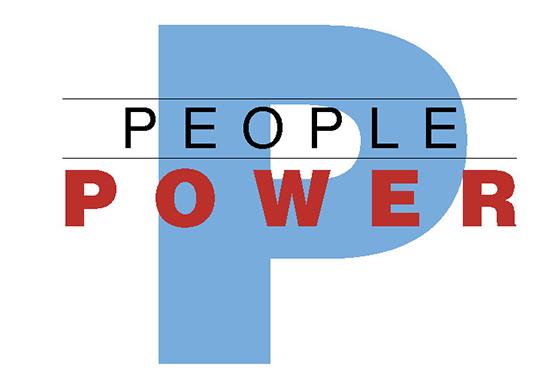 I do not know how you have fared, but for me the last several years at times have been stressful. Who would have thought? I was sure that the decision we made at my wife’s sister’s funeral would assure that our future as senior citizens would be adventurous and carefree.

A year previously, the day after her husband’s retirement party, my wife’s sister found out she had stage four liver cancer. She and her husband had plans to seek adventure by exploring places that they had never been, as many retired seniors expect to do. Her illness and death sabotaged what they thought was their future. We had the same plans. So, we decided we could no longer wait to begin the rest of our lives. We left what we were doing behind and hit the road seeking adventure and discovery. Our hashtags on social media were #lifeisanadventureoritisnothing and #adventurebeforedementia. That was seven years ago. For most of those years, except for making sure we got on the right train or plane, we had little stress. We did what we wanted because we could, and immersed ourselves in the adventure of learning about new lands and cultures. We felt like we were living the dream.

At first, it was easy to ignore what was buzzing around the news and social media. Then, as I have written before, I had to put my head in the sand, because I heard things that would raise my stress level. I quit listening to the news and closed my mind to some of the issues because I thought most of those things I could do nothing about and why worry about the future after I have passed on? But then reality hit: Our New Zealand bike trip and East Asia cruise were canceled and we were basically confined to our home. Instead of seeking adventure, my focus shifted to staying alive and healthy, as we had lost several of our good friends to Covid-19. With our plans blocked by the current reality, it was hard to be oblivious to what was happening in the world and our country.

Before the Covid-19 lockdown, I worked hard not to listen to the dissension and divisiveness happening in this country between the conflicting issues of the left and right, the dissension brought about by Black Lives Matter, cancel culture, the rise of China as the next superpower and the demise of the U.S., the 2020 presidential election, and the worries about rising inflation. The invasion of Ukraine by Russia and its effect on the world economy, including possible food and energy shortages, put the frosting on the cake. I guess I finally had to face reality. It had become hard not to think, ruminate and worry about how our futures might be bleak and gloomy.

That’s when I reminded myself that I had been here before. I remember a night I spent decades ago worrying about whether I would wake up in the morning. It seemed we were on the brink of nuclear war. President Kennedy had challenged Russia and implemented a blockade of Cuba. And I remember the stress I felt at the moment I heard of President Kennedy’s assassination. I remember the 1970s, when interest rates and inflation were both in the teens. I assume all of us remember where we were and how we felt on September 11, 2001. And I’m sure I’ve missed other events that I could add to the list of stressful times. The point is that we have been in places like this before. And life…went on.

I learned that when I’m in this doom and gloom funk, I have to first become aware of what I’m worrying about, then dispute it or challenge it, and focus on a more optimistic view of the future. Doom and gloom thinking is depressing; it leads to anxiety and feelings of helplessness. Most of all, it just feels bad. Why worry about things that we personally can’t control? If the events I worry about actually happen, then I suffer twice: first suffering by worrying about the event happening and then suffering again when the event occurs. It sounds masochistic to do both. And by the way, the research is clear: those with a more positive and hopeful view of the future are happier, live longer and have a more pleasurable life. Generating hope is a specific skill of those with people power. Hopeful people are more persistent, more creative, better problem solvers and see more alternatives.

CHOOSING GRATITUDE
Increasing one’s hope starts with increasing personal gratitude. There is little that will make you feel better than replacing your worries with counting your blessings. It’s a matter of taking control of your thinking: focusing on what’s working and what’s good and ignoring what’s not and what’s bad. To paraphrase Roman poet Horace, “Control your mind, or it will control you.” During my concerns about what’s happening in our country, I came across two books written by geopolitical experts that gave me hope as well as increased my gratitude for being an American-The Storm Before the Calm by George Friedman and The Accidental Superpower by Peter Zeihan.

Each of you may have a list of what you believe is wrong and what’s not working in this country. For a moment, I would like us to put that list aside. I have traveled in every state in this country, visited every continent and many countries, and lived for two years abroad. Both of these books lightened my anxiety over our current events, reminded me of our country’s natural advantages and increased my hope for the future of the United States.

Let’s start with its geography. Our geography creates for us a level of security that is unprecedented for a country of our size on this planet. In the last 200 years, there have been hundreds of wars fought, but only two or three within our boundaries, depending how you count. We have a large ocean on each side, a desert in the south and mountains in the north. Russia, on the other hand, has no such geography. It has been invaded many times by the Germans, the Turks, the Mongols, the Pols, the Finns, the Swedes, etc. Apparently, that is why Putin’s Russia has started a war with Ukraine-to increase its security at key geographical entrance points. The fact is, our natural geography diminishes the odds that our country will ever be occupied by a foreign power.

The Russian-Ukraine war has made likely energy and food shortages. A real fear of world famine is a concern. But our natural geography provides. America has a huge amount of arable land, second only to India. We import a lot of foodstuffs, but we have the ability to feed and take care of ourselves. Our farmers are very productive. We export twice as much food as any other country in the world. With our 14,000 miles of navigable waterways, we can transport that food or anything else at 1/12th to 1/14th the cost of transporting it over land.

Although we still import some of our energy, because of shale oil and natural gas, we are capable of being energy independent. You may have noticed that we are gradually leaving the Middle East. We are not as dependent on their energy resources as we were in the 1970s. Those of you around back then will remember the long lines and shortages we found trying to put gas in our automobiles. That was a stressful time. The uniqueness of our geography gives us a tremendous competitive advantage, as well as the security of not being dependent on anyone else.

Besides our geography, we have the blessing of being an invented country. We are not even 250 years old. We are not bound by culture and tradition. We are a country of many different cultures living together. That’s one of our blessings, but it also generates conflict. However, if managed properly, conflict can be a very creative force. Our founders provided us a system whereby basic rights were protected, but it allowed us to reinvent ourselves. According to George Friedman, a U.S. geopolitical forecaster and strategist, we have done this multiple times (the Civil War, the Great Depression, World War II, etc.). In addition, we are united by states. Even our states are diverse; compare California, Texas and Florida. More conflict, but also the possible increase of creativity.

Of course, that creativity cannot be tapped into without the freedom of speech. We have the right to our own opinions and the right to disagree. Without that right, we cannot use the potential of creativity that comes from conflict or disagreement. This, of course, makes democracy messy and sometimes ineffective. The U.S. system of checks and balances means that our president has less power in this country than most world leaders have in theirs-and that’s another blessing. Putin has crushed those who opposed him on the Ukraine invasion by arresting them as well as silencing the Internet to the truth of what’s going on. Here, we would have a revolution. President Biden has to worry about him and his party getting re-elected. He pretty much has to pander to the will of the majority of people. By the way, most dictators eventually become believers in their own infallibility. That’s probably one of the reasons Germany lost World War II; Hitler thought he was smarter than his generals because they were afraid to speak up and disagree. Dissent was not tolerated.

I am sure you could add to my list of reasons why you are grateful to live in this country. I have many more. Despite the problems and issues we have yet to solve, there is an abundance of reasons for gratitude. For much of the world, the United States of America remains a very desirable place to which to immigrate.

ISOLATED AND TEMPORARY
Besides gratitude, we can strengthen our hope for the future when overwhelmed by negative events by labeling and compartmentalizing them in our minds. Since people with hope persist and are resilient (bounce back from adversity), they must see potential for doing so. Their spirits remain high by labeling each negative event as isolated and temporary, while hopeless people interpret bad events as pervasive and permanent. How can you make the events that stress you isolated and temporary?

I believe we live in a great country. It’s definitely not perfect, but it is blessed with great geography, a good and diverse people, and a system that facilitates change. We’ve come through turmoil before; we will do it again. Turmoil is not permanent; it is temporary. We will figure out solutions, as we have done before. My hope is firm for our future and the United States of America.