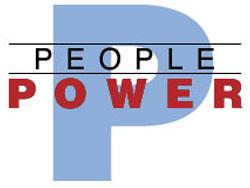 Competition is fierce in the retail sector these days, and all signs seem to be saying, “You ain’t seen nothing yet!” Separating yourself from your competition can seem overwhelming, but it doesn’t have to be. As difficult as change can be, one degree of change can make an amazing difference in your level of performance and the performance of your entire organization.

Zig Ziglar says, “Competition is fierce the first 40 hours of the week. It drops off considerably during the 41st hour.” General George Patton said, “Courage is fear holding on a minute longer.”

Consider this: At 211˚, water is just hot. At 212˚ it boils. And with boiling water comes steam and the power to move a locomotive. This serves to remind us that seemingly small things can make a profound difference.

So what am I saying? Let me put it in terms you can apply directly to your business. Good products, good price, and good service are the equivalent of 211˚. They simply get you into the game. But if you want to win the game, if you want what others don’t have, you must do what others are not willing to do. There’s no free road to success. I’m not talking about some major leap in your performance. I’m referring to your decision to turn your performance up one degree.

Here’s what it takes:

According to Sam Parker and Mac Anderson’s book “212˚: The Extra Degree,” the average margin of victory for the last 25 years in all PGA tournaments combined was less than three strokes. Since professional golf tournaments have four rounds of 18 holes a day, that comes to less than a one stroke difference per day. From 2000 to 2004, the winner across all tournaments took home an average of 76% more in prize dollars than the second place finisher. As you can see, a small difference can pay great dividends.

A gentleman attended a leadership retreat I was hosting one September. Toward the end of the three day event, he stood before the group and committed to his action plan. He said, “I will be below 300 pounds by December of this year (he weighed 323 at the time). I will immediately stop smoking and start exercising.”

All of those goals sounded great, and the other participants cheered him on. I was a little concerned, however. I’ve been speaking to and challenging people long enough to know that those with the loftiest plans seldom achieve greatness. I pulled him aside and suggested that he shouldn’t attempt all three goals at once. Like many others I have given similar advice to, he protested.

Two weeks later he called and told me that he’d gone to his doctor before starting his weight loss campaign. Humbly, he told me that when he shared his plans with his doctor, his doctor simply said. “Pick one.” When he protested, the doctor said, “If you try all three and fail in one, you will ultimately fail in all three. Pick the one that matters most to you, and when you succeed in that one, you can move on to the next.”

He chose to lose the weight. By the time he started, he had less than 3 months to lose 24 pounds. He showed up at our convention in December weighing in at 298 pounds. In January, he went back to the doctor and was given permission to stop smoking. In March of that year, he began to exercise.

One small step at a time, and he has now regained control of his life.

Sam Mervose, former strength coach at the University of Georgia, got into a discussion with several players over the impact of TV on children. When he was asked how much TV he allowed his eight year old son to watch, he replied, “As much as he wants, on one condition. Every time there’s a commercial he has to get down and do push-ups until the commercial break is over. He doesn’t have to do push-ups, but if he doesn’t, he can’t watch TV.”

The athletes just chuckled at the thought of their coach’s son doing push ups so he could watch TV. Several weeks later Coach Mervose had his son at the field house while some of the athletes were working out. One player jokingly asked the boy to show them how many push-ups he could do and challenged all the other guys who were there to see who could do the most.

Everyone dropped by the wayside as the coach’s son outperformed them all. This wasn’t a kid that did nothing but push-ups all his life. He simply exercised during commercial breaks. If you’re like me, often we think about change as overwhelming, but it’s amazing what the impact can be by simply turning one’s performance up one degree.

Here are two questions to ponder:

• What are the commercial breaks in your life? Where are the opportunities to turn your life up just one degree?

• How many opportunities have you missed because you were unaware of the possibilities if you simply applied a little additional effort? Thomas Edison said, “Many of life’s failures are men who did not realize how close they were to success when they gave up.”

So if you want your business and your life to get better, if you want to rise above the level of your competition—commit, prioritize, and utilize your time. Remember, at 211˚ water is just hot; at 212˚ it’s boiling and produces steam that can move a locomotive. One small degree can make all the difference.