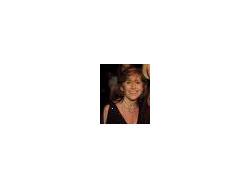 Dalton, GA, May 6, 2010—Mohawk Home and Karastan Rugs have lost one of their longtime executives to breast cancer. Elizabeth Miller, who worked for Karastan Rugs for the past eight years as its senior vice president of style and design, died May 3. She was 50.

Bill Kilbride, president of Mohawk Home, said, “Elizabeth was one of the most remarkable women I’ve known. For five years, she turned a devastating illness into her passion. She maintained her spirit to win even through her final days. We learned from Elizabeth; she led us; she inspired us; she has made each of us better. She has left her indelible mark on Mohawk and Karastan and each of our associates.”

Beginning in 1993, she played a key role in driving the design direction of area rugs at American Rug Craftsmen, Mohawk Home and, most recently, Karastan Rugs.

Upon her diagnosis with cancer in 2005, she worked tirelessly with various foundations and organizations, including with other executives working in the home textile industry in support of breast cancer awareness. In particular, Elizabeth founded “Home For The Cure” in support of the Susan G. Komen for the Cure Foundation to raise contributions and awareness.

The Elizabeth Miller Memorial Fund has been established by Mohawk Home to benefit Elizabeth’s most important passion, her son’s education.