Marketing Minute: Finding the media mix that works for you - May 2019 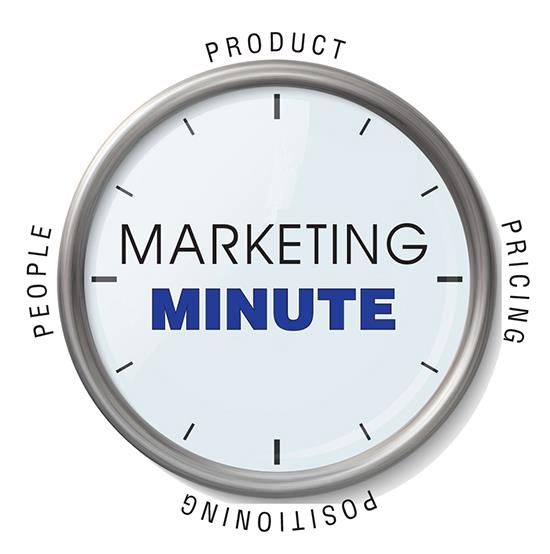 The last two decades of technological advances have expanded media choices for the flooring retailer, or any marketer for that matter. Along with all this media comes a host of questions like: What’s the right choice of media to reach my customer? What media will give me the most bang for my buck? Do I go with one media choice, or do I mix it up?

There are no pat answers for any of these questions, since media strategy depends on a number of variables and unique circumstances for each marketer.

There are three basic types of media: paid media (advertising), earned media (PR) and owned media (social posts and blogging). All three provide value to the flooring retailer, and all three can be found in what we refer to as traditional media (offline, pre-Internet vehicles such as newspaper, magazine, radio and TV) and digital media (online media vehicles or platforms such as Internet advertising and social media).

CREATING A MEDIA BALANCE
Advertising should be viewed as an investment, not a cost. Use the advertising to sales ratio formula as a benchmark. We have found that for most successful retailers, it’s at least 5%. (By comparison, manufacturers will be much less-1% to 2%.) If you’re opening a store or are faced with a hyper-competitive situation, you’ll need to spend more. When it comes to media, you cannot save your way to success. In fact, by being too frugal you’ll end up wasting money.

“Half the money I spend on advertising is wasted; the trouble is I don’t know which half” isn’t as true as it used to be. Accountability and tracking are key-and digital technology provides the means to do that. Ironically, many advertisers fail to adequately monitor, understand or act on the data that’s generated.

Sharpen your targeting by defining your audience as precisely as possible. Avoid spreading your media dollars too thin (over too many choices) and be patient. Frequency makes a difference. As a rule of thumb, nothing should ever run fewer than three times.

To borrow from Mark Twain, the rumors of traditional media’s demise have been greatly exaggerated. While some long-standing favorites, such as daily newspapers, are certainly in decline, others, like radio, are holding steady, and outdoor is even showing modest growth. There will always be localized exceptions for traditional media choices as well-a particularly strong morning drivetime show, a must-have billboard location, a paper with exceptional local sports coverage or neighborhood business support.

If you’re one of the few doubters of digital media still out there, the numbers don’t lie. Media Daily News just reported, “Digital advertising will exceed traditional advertising in the U.S. this year. Traditional media spending, including TV, newspapers, and radio, will decline 5%. Digital will represent 54.2% of total U.S. ad spending, while traditional media will garner 45.8%.” A word of caution here; digital for its own sake is not the answer. Digital as part of a meaningful marketing strategy is.

Never “silo” your media efforts. Instead, think of ways they can complement, reinforce and reference each other to increase the number of “touches” with your target audience.

The smart floorcovering dealer thinks in “campaign mode” and will use a consistent theme or promotion across the media spectrum. Smart media strategy can give your target the impression that you’re everywhere, when you aren’t.

THE RIGHT MEDIA MIX
It’s a forgone conclusion that we all market in a digital world. Digital media has leveled the playing field among large and small advertisers, provided you know how to rank high enough for your market and target in a search. And everyone is searching for answers on the 257 million smartphones in the U.S., an average of 203 minutes per day per person, according to Statista.com. Even so, traditional media can offer some needed balance. Where digital media can provide personal message delivery with precision and accountability, traditional media (such as radio, TV or outdoor) makes a statement or pronouncement about an offer that can be just as powerful by its public nature.

Lesley Gamwell, senior manager of communications at Rountree Group, says, regarding digital versus traditional for the flooring retailer, “A mix of the two [is needed]. Definitely digital media (such as Google Ads) is a given. But TV isn’t dying, it’s just being watched on devices other than a TV set. Small flooring retailers with limited budgets can advertise on TV and geo-target prospects (for example, within a five-mile radius of their store) through a cable provider such as Comcast for affordable rates. Also, in high-traffic locales, don’t underestimate the power of outdoor advertising, such as billboards, located near your flooring store to literally drive traffic.”

What is the right mix for you? That depends. As a rule, digital media should be the cornerstone of every media plan to reach flooring consumers, especially as more Millennials enter the marketplace. Does that mean Google ads, Facebook ads, programmatic web advertising or location-based geo-fencing programs are right for you? And what traditional media overlay makes sense? Provided you patiently document and evaluate your media performance, you will find the recipe for success.