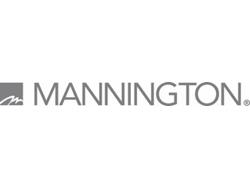 Salem, NJ, August 7, 2018--Mannington Mills, Inc. announced today that it is building a new facility in Calhoun, Georgia, to produce its Mannington and Burke brands of rubber flooring.

Currently, the company’s San Jose, California-based facility manufactures these products, but “due to continued growth of the rubber business, we have become constrained in the current manufacturing footprint there,” said Bob Pitman, President of Burke Industries (Burke Industries is a wholly owned subsidiary of Mannington Mills, Inc.).  He continued, “The new Calhoun plant will allow us to effectively serve our customers and support anticipated growth in the business.  Our Custom Process and Environmental products divisions will remain in San Jose.”

This $42 million investment, on 78 acres located near the Mannington Commercial facility in Calhoun, “is another installment in Mannington’s ongoing long-term growth in Calhoun,” according to Mannington President and CEO Russell Grizzle. Over the next several  years, Mannington plans to add about 200 jobs at the facility, which will be in full operation in January, 2019.

Mannington Mills is a 102-year-old family owned company and one of the leading flooring manufacturers in the world, with operations in six states as well as the U.K. It makes residential and commercial flooring under the Mannington Residential, Mannington Commercial, Amtico and Burke brands.