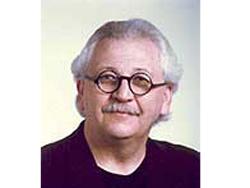 , , May 15 2007--Delegates to the American Institute of Architects (AIA) National Convention in elected Marvin J. Malecha, FAIA, to serve as the 2008 AIA first vice president/president-elect and 2009 Institute president. Malecha, dean of the College of Design at North Carolina State University (NCSU), Raleigh is the senior director representing the South Atlantic region on the AIA Board of Directors. In 2003 he received the AIA/ACSA opaz Medallion for Excellence in Architecture.

He is active in developing the case-study method as part of the design curriculum and as a means to guide the structure of the Intern Development Program record-keeping in practice. He also consults on religious architecture and is the lead designer for the new chancellor’s residence at NCSU.

“Architects have the ability to address the most important questions of our time in terms of minimizing the built environment’s impact on the natural environment,” Malecha said. “But there is also a critical need to develop the talent pool of future architects and enhance the intern, emerging professional experience. As AIA president, I plan to foster a closer relationship with architecture schools, and promote a consistent level of service to our members through communications, continuing education and government advocacy efforts.”

Other AIA elected officials include:

Peter J. Arsenault, AIA, NCARB, LEED-AP, was elected to a two-year vice presidential term beginning in December 2007. He is a principal at Stantec Architecture and heads the firm’s Architecture, Interior Design and Facilities Planning office. Arsenault, the senior AIA Board Director from , served in both public roles and private practice for more than 28 years prior to joining Stantec. He has previously served as the president and the AIA Central New York Chapter President. Nationally, he has been a member of the AIA Housing Committee, the Search for Shelter program, and the Committee on the Environment. A frequent speaker and author on green and sustainable topics, Peter is currently active in the AIA Board Community Committee and the Design Assistance eam Committee including lead roles on Sustainable Design Assessment eams around the country.

Clark Manus, FAIA was elected to a two-year vice presidential term beginning in December 2007. Manus is the CEO and design principal of Heller Manus Architects in . he firm’s special talent is a synthesis of strong design and political savvy to facilitate public approval of complex and controversial projects. here is a symbiotic relationship between the firm’s commitment to the architectural profession and its advocacy of architecture and urban design in the public realm. Prior to forming the firm, he worked at the Kling Partnership in and KMD in . Manus, a senior AIA Board director from , is active in advocacy and community design issues nationally and locally. He serves on the AIA150 Blueprint for America Committee, chairs the Blueprint Mosaic subgroup and was instrumental in fostering the Google Earth partnership. Manus is well recognized inside and outside the profession for his extensive community/urban design leadership in .

Hal P. Munger, FAIA was elected reasurer and will serve a two-year term beginning in December 2007. Munger is President of Munger Munger + Associates Architects Inc., , which specializes in services for public-sector clients. Serving in all leadership position at AIA oledo and AIA Ohio, and as a former AIA Board Director for the Ohio Valley, Munger has emphasized sharing among components at all levels and diversifying revenue streams with non-dues funding, including AIA Contract Documents, conventions, strategic partnerships, and other sources. During his time on the Board he served on the Institute Finance Audit, Benefits, AIA150 Campaign Executive committees and was AIA's representative to the ACE Mentoring Program of America Board and he is an American Architectural Foundation Regent.