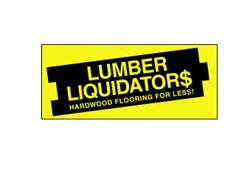 , October 18, 2007--Lumber Liquidators has set the terms of its initial public offering, according to a Securities and Exchange Commission filing Thursday.

The company expects the IPO to total 11.5 million shares and price between $12 and $14 per share.

The retailer expects to raise about $43.5 million in net proceeds from its portion of the offering.

As of September 30, the company sold its proprietary brands, including its premium Bellawood brand, through 111 Lumber Liquidators stores in 42 states, a call center, its website and a catalog.

The retailer's stores typically consist of a warehouse and an attached showroom located in industrial or commercial areas. The company plans to open at least 25 new stores during 2007 and between 30 and 40 new stores during each of the next several years.

Lumber Liquidators' IPO comes during a decline in new housing construction. According to the company, Catalina Research estimated that hardwood flooring square-foot sales dropped 14.1% in the first half of 2007 due to decreased new housing demand.

The company plans to use its proceeds from the IPO to repay debt, to support the growth of the business and for general corporate purposes.

The underwriters have an option to buy up to 1.7 million additional shares from the selling stockholders to cover overallotments.

Lumber Liquidators plans to list its shares on the New York Stock Exchange under the symbol "LL."