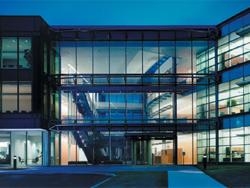 , February 19, 2007--hese are uncertain times for Armstrong World Industries and its employees. With the company saying hursday that it's for sale, questions immediately arise about the future of Armstrong--and the jobs it provides, according to a report in the Lancaster New Era.

In the interview, Armstrong chairman and CEO officer Michael D. Lockhart acknowledges that, depending on the buyer, some of Armstrong's 2,000 jobs here are more vulnerable than others.

But for the company overall, a change in ownership can be a change for the better, he says.

"It's hard to see the positive side of this when your job's at risk. It's hard for people to see that," said Lockhart.

"What we're trying to convince them of is that change always presents risk and opportunity, and as soon as I say we're going to be sold, the risk is the thing you see.

"Our job is to get them to envision the opportunity that'll come out of this — to create good value for the existing shareholders and have a stronger, better-positioned company going forward," said Lockhart.

Armstrong's disclosure that it has "initiated a review of its strategic alternatives" elevated its stock $4.93, or 10.6 percent, to close hursday at $51.46. Volume was very heavy at 3.9 million shares.

hough the company said those options also include a joint venture, merger and remaining as is, Lockhart said, "We would expect this to lead to a sale."

Armstrong recently completed a nearly six-year bankruptcy to resolve a glut of asbestos personal-injury claims that were draining the firm of tens of millions of dollars a year.

he firm emerged in October reorganized as a new corporation with a new stock, but permanently free of that asbestos liability.

About two-thirds of that new stock is held by a trust formed to pay all current and future asbestos claims against Armstrong.

In a wide-ranging interview, Lockhart candidly discussed why the company was being offered for sale now, as well as the impacts, process, price and other issues related to a sale.

"We'll have a process of finding out who's really serious. If, at the end of the day they have an attractive proposition, we'll sit down and negotiate a deal with them," said Lockhart.

But the CEO warned that Armstrong will not be able to discuss who it's talking with, or how those talks are going, "a situation that's going to frustrate people, I'm afraid."

Armstrong believes it will attract strong interest, Lockhart indicated, given that "a lot of people have been interested in Armstrong for a long time."

What price that interest ultimately produces remains to be seen. "What it's worth is what somebody will pay for it, and who the heck knows?" said Lockhart.

Although Armstrong's current stock price (about $51 a share) and its number of shares outstanding (54.1 million) suggest a price of about $2.8 billion, he noted that the current price is based on the sale of a fraction of the total shares.

"Now, would people buying all of it pay more or pay less? I don't know. What I do know is, there's not a CEO in who doesn't think their company is worth more than the current stock price," said Lockhart.

How long the process will take also is unknown, he said. Lockhart added that it's "certainly possible" that Armstrong will sell just one of its businesses, but it's "more likely" that the entire company will change hands.

What will that mean for the 14,200 Armstrong employees worldwide, including 2,000 in ? he answer depends on the type of buyer and an individual's job.

"We would not expect to see substantial job loss in the businesses...," such as floors, ceilings and cabinets, no matter who buys Armstrong, said Lockhart.

"he only thing that creates job security is a record of good performance," he noted, adding that Armstrong's businesses are industry leaders, producing high-quality products and extraordinary customer service.

As a result, said Lockhart, "If you're directly related to one of the businesses, you should feel comfortable but not certain" that your job will be safe.

On Armstrong's corporate side, though, the impact on the work force will depend on the kind of buyer.

"If you're involved in corporate, you should feel less comfortable, but not certain that something bad is going to happen," he said.

Lockhart did not foresee a buyer making big changes to employee pay and benefits, since the pay is typical for companies of Armstrong's size and type, and the benefits package was recently updated.

But Armstrong employee pensions, supported by Armstrong's overfunded pension plan, could end up being backed by fewer assets, he cautioned.

"An acquirer could take that plan and merge it with another one that was underfunded. In and of itself, that does not necessary mean people would be hurt or would lose their pension.

"It just means their layer of protection is thinned out a little bit," Lockhart said.

he CEO also emphasized that a new owner does not necessarily mean "the death knell of Armstrong as an independent company. It depends on how it plays out."

he key difference would be, instead of having one majority shareholder (the trust) and many smaller shareholders, Armstrong would have "one sophisticated financial investor" and a different board of directors.

he new capital structure that would result from having new ownership could make it far easier for Armstrong to grow by making acquisitions of its own.

"We think it could be very beneficial for Armstrong," he said.