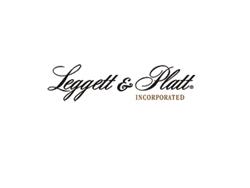 , June 19, 2007--Leggett & Platt cut its second quarter and 2007 outlook, citing continued market weakness for the remainder of the year, sending its shares down about 5 percent in after-market trade.

he company, which cut its full-year forecast for the second time in 2007, said its outlook reflects reduced sales expectations and incremental restructuring-related costs.

"Given the limited visibility into our markets, we cannot forecast a robust second half of the year. We simply do not see a major catalyst that will appreciably increase demand...," Chief Executive David Haffner said in a statement.

Analysts expect earnings of $1.58 a share, before special items, on revenue of $5.40 billion.

he provider of store shelving, steel wire and other components said several of its markets have weakened considerably in the past eight weeks, resulting in a broad-based revenue shortfall.

his decline results from 8 cents a share less earnings from continuing operations and 3 cents a share of incremental restructuring-related costs, it added.

Analysts expect second-quarter earnings of 38 cents a share, before special items, on revenue of $1.37 billion. he company sees same location sales to be down by about 6 percent for the second quarter.

Leggett said it is examining a few remaining underperforming operations, and may close those facilities.